JUST A QUICK NOTE- This will have 100% spoilers so if you are still living under a rock and have no idea what happens in How I Met Your Mother which has been off the air since 2014, go ahead and skip this post. OK.

One day back in 2011, I started watching How I Met Your Mother reruns during a crazy snow storm, and then decided I needed to start from the beginning and get caught up. Thus began my HIMYM journey/obsession. I just grew to love these characters so much and I felt what they felt, I cried when they cried. (Really I did, I’m completely a sympathetic crier.)

I really appreciated that this comedy/sitcom was NOT afraid to ‘keep it real’ and have some really sad, really dark moments. Because life isn’t all funny situations and laugh tracks in the background. Life gets terrible at times. Sometimes it’s nice to see a fictional character going through something terrible and more importantly, seeing them overcome and grow from it.

Here are all the moments that made me cry, whether it be a single tear trickling down my cheek, to full on blubbering where I just can’t even keep it together. (These moments are some of the best ones, too!)

Season 1 Episode 22: “Come On”
Moment that made me cry: Marshall sitting on the stoop in the rain holding the engagement ring that was just returned to him. Makes you realize “oh geez, this show will NOT be all fun and games…”
Level of crying: My eyes are wet, but I’m still holding it together.

Season 6 Episode 13: “Bad News”
Moment that made me cry: Lily, in tears, telling Marshall that his dad had a heart attack and died. And then HE DIDN’T EVEN KNOW THAT WAS IN THE SCRIPT so his reaction and the line “I’m not ready for this” was completely his honest reaction. Ugh.
Level of crying: No no no no no no no no I need to re-hydrate due to loss of liquid tears.

Season 7 Episode 10: “Tick Tick Tick”
Moment that made me cry: When Barney (who just broke up with Nora to be with Robin) sees Robin shake her head no (because she didn’t break up with Kevin to be with Barney) and that second would not end. (I just love the way they filmed that, btw.)
Level of crying: Just a really sad face, maybe a little whimper or two.

Season 7 Episode 12: Symphony of Illumination
Moment that made me cry: When Robin breaks down at the very end. You just found out that she can never have kids, and Ted just wants to cheer her up, even if she won’t tell him what’s wrong. Sympathetic crier- I fall apart right with her.
Level of crying: I won’t be able to talk to anyone on the phone for an hour because I won’t stop hiccuping from my tears.

Season 8 Episode 20: “The Time Travelers”
Moment that made me cry: Ted “going” to the mother’s apartment and saying that he wants those extra 45 days with her. Because that’s so sweet but oh no you know that means something bad is going to happen…
Level of crying: Tears silently flowing down my cheeks. Actually tearing up just thinking about it now. Season 9 Episode 8: “The Lighthouse”
Moment that made me cry: When Loretta is hugging Robin and says “No, my name is Mom now, you call me Mom” or something like that, and she goes to let go but Robin hugs her back really right. (Tears let up slightly) and then MORE tears when Ted proposes on top of the lighthouse (happy ones this time!)
Level of crying: Eyes SERIOUSLY welling up, a few spill out. 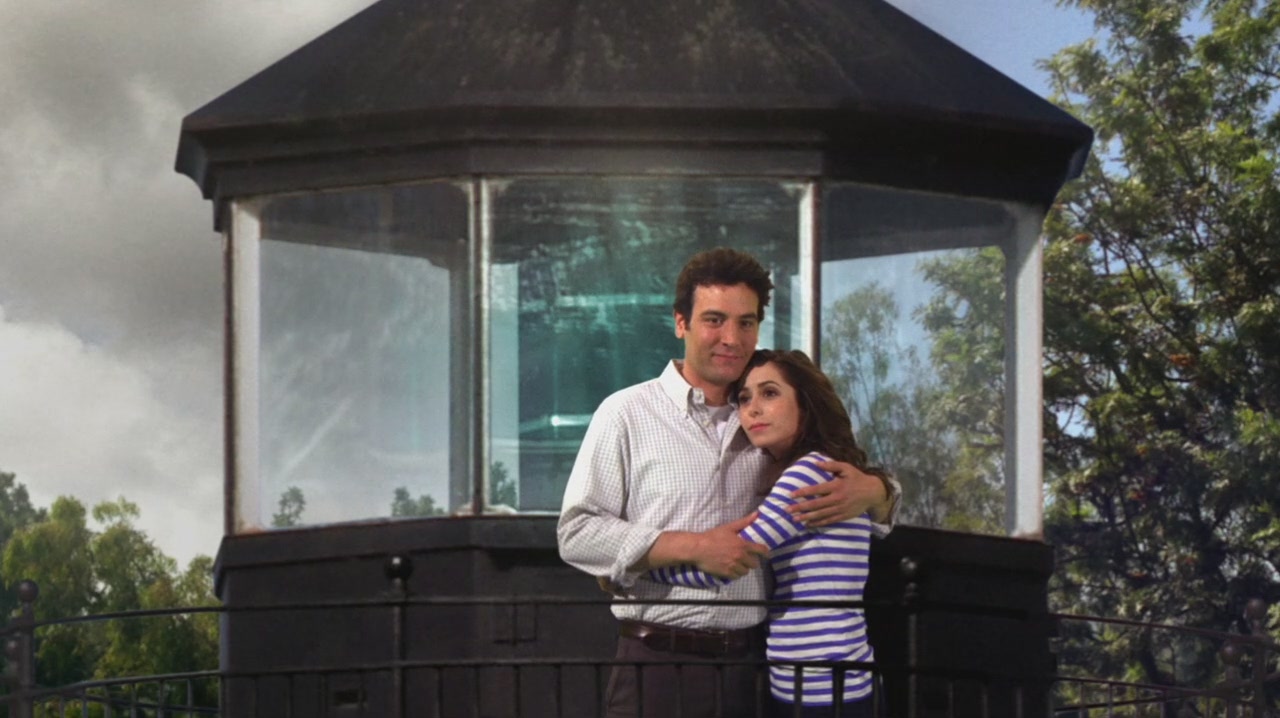 Season 9 Episode 16: “How Your Mother Met Me”
Moment that made me cry: When the mother talks to her dead boyfriend, asking if it’s ok for her to move on. And THEN when she sits outside singing La Vie En Rose and you see Ted, sitting on the next balcony, just listening… OH my heart….
Level of crying: ALL OF THEM. HOW DO I STILL HAVE TEARS LEFT. WHY AM I DOING THIS TO MYSELF.

Season 9 Episode 19: “Vesuvius”
Moment that made me cry: When Tracy says “What kind of mother would miss her daughter’s wedding?” and Ted starts to tear up… and then you realize that oh no, this isn’t good…
Level of crying: Somehow my body found a way to make more tears, and here they ALL are. And then continued crying for a solid 5 minutes after. At least 5.

Season 9 Episode 23: “Last Forever: Part One”
Moment that made me cry: When the gang is saying goodbye (for now) during the wedding reception. And then when we find out that Barney and Robin are divorced. And then when the gang eventually grows apart and see each other less and less.
Level of crying: Lots of bittersweet tears slowly falling as I fan my eyes because I just realized I’m not wearing waterproof mascara. And then even more tears because this is realistic, and you won’t always be close with the same friends forever, and it sucks realizing that.

Season 9 Episode 24: “Last Forever: Part 2”
Moment that made me cry: Literally every single scene. When they realize they haven’t seen Robin in a long time. When Marshall found out he will be a judge. When Barney sees his daughter for the first time. When Ted proposes again. Lily’s toast on Ted’s wedding day. When you see Ted and Tracy in the hospital room when she’s sick. When you see Ted FINALLY speak to Tracy for the first time under the yellow umbrella. When Ted FINALLY says “And that kids is how I met your mother.” When Ted brought Robin the blue french horn (just like their first date.) When the credits showed the cast during the first episode.
Level of crying: I can’t even. I’m literally wiping tears away from my eyes just thinking about it. Like, I need to stop getting so attached to FICTIONAL characters. 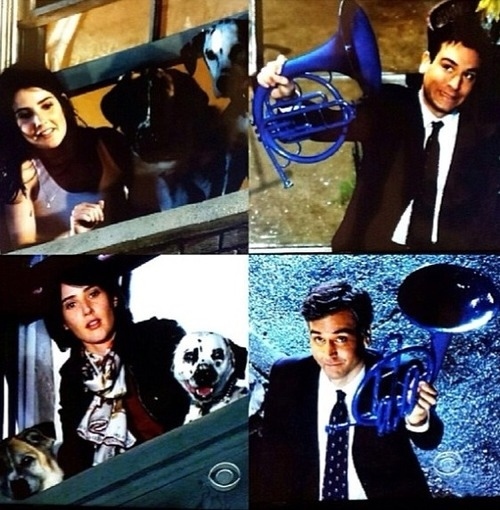 I don’t care what you thought about the ending (I personally was ok with it), it still made me have ALL the feels!!! There were lots of other moments that made me get all emotional and maybe shed a tear or two, but these were the biggies. There were also lots of HAPPY moments, too! Are you a fan of HIMYM, too? Did you get as weepy as I did? (Probably not, but let me know if you came close!!)

Check out these posts!