At the end of March, I went on a work trip to Orlando, FL. Since I was already going to be in the area, I decided to stay a few days longer and I went to what people affectionately call “Harry Potter World!” I had a BLAST! I only went for one day and I actually got to go with my friend, Kate! It’s such a small world, because she was already planning on going to Universal Studios when I was going to be there! She was such a great guide (she’s been there multiple times) and helped to make sure I experienced every little thing.

So get ready for a ton of photos, y’all… I’m finally starting to share my time at The Wizarding World of Harry Potter at Universal Studios Orlando! Oh yeah! I’ve decided to break it up by area, so it will be a little more tolerable. I’ll post about Diagon Alley next, but today let’s start with all things Hogsmeade!

Actually first let’s back up. For anybody who doesn’t know, let me explain the park setup a little bit. So the Wizarding World of Harry Potter is part of Universal Studios in Orlando, and it’s broken up into 2 parks: Hogsmeade and Diagon Alley. Since they’re *technically* 2 different parks, you need to get the (much more expensive) multi-park pass to get to go to both. (But it’s 100% worth it!) You can walk around a lot of other parks to get from one to the other, OR you can take the Hogwarts Express train (which they count as a little ride) between the two! But the kicker is that you can’t ride the train unless you have the multi-park pass. So again, it’s totally worth the extra money- just do it.

Ok. On to ALL THE PICTURES!!! Here’s what I did and saw and loved while in Hogsmeade!

The village is ADORABLE!

The snow-topped buildings! The streets! I really felt like you’re in a quaint little English town – especially in the afternoon when it got cloudy and grey like it would be in England, the land with no sun. 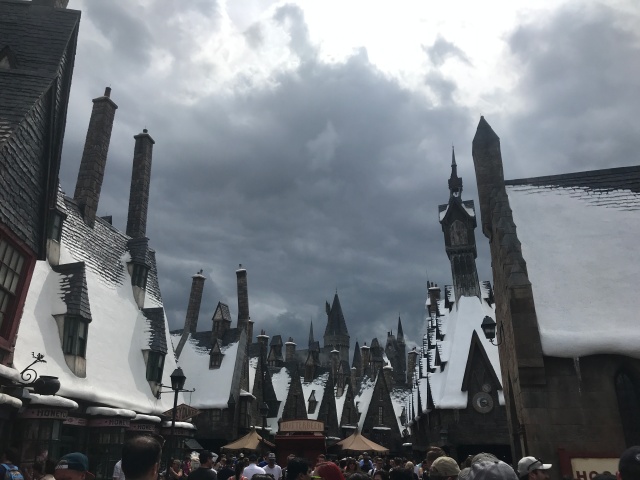 The first glimpse of Hogwarts!

STUNNING. It literally took my breath away. I seriously felt nostalgic for a place I’ve never actually been, and I loved getting closer and getting to see more details of the castle. I love that you can see Hogwarts from most areas in Hogsmeade – it definitely helped keep the magical feeling alive!

I’ll go into more detail about this on the next post, I think, but it was so easy to ride the train between the 2 parks! 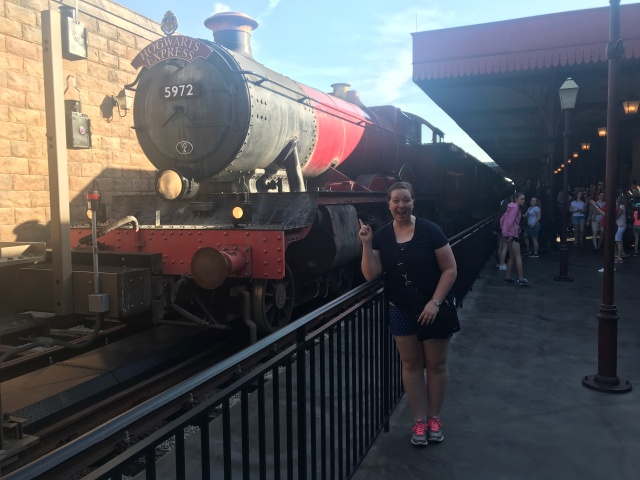 Eating at the Three Broomsticks!

The level of detail in the entire park was so incredible, and that includes the restaurants! I was so excited to go in the Three Broomsticks and I ended up having breakfast there. I got to try pumpkin juice (actually REALLY good!) and loved getting a side view of Hogwarts from the patio out back! 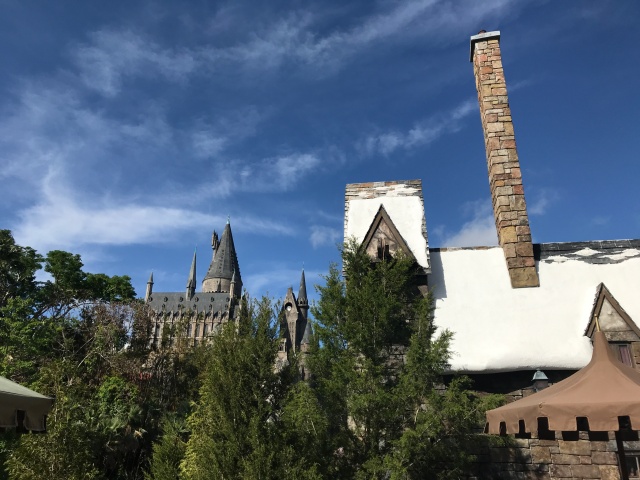 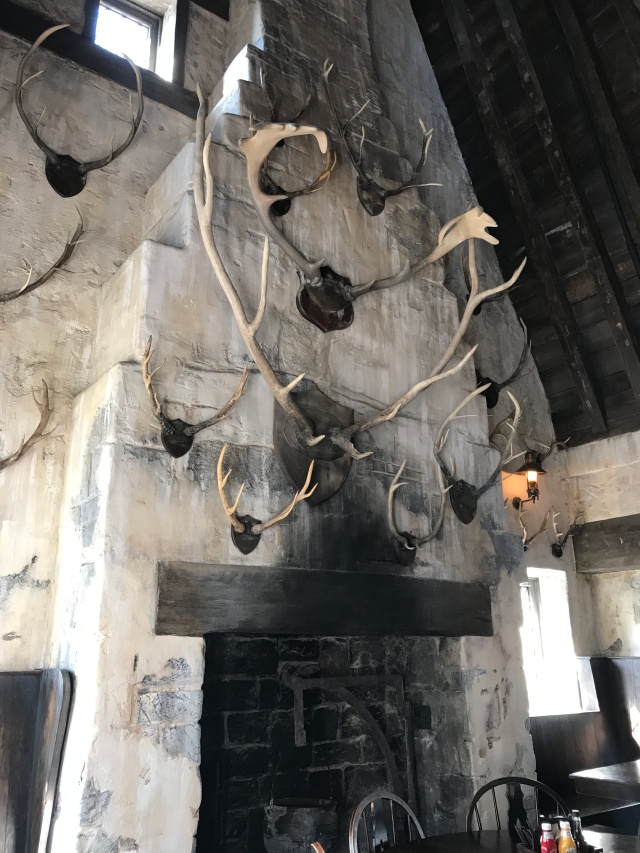 I’m not sure what this little show was called, but it was starting as we walked by, so Kate and I stopped to watch! We got to see little dances from the two other schools participating in the Tri-Wizard Tournament and they did a great job! But it was VERY hot out and I can’t even imagine being up there dancing in those hot uniforms all summer. No thank you.

Riding the Flight of the Hippogriff!

I just need everyone to know that I 100% spelled hippogriff wrong the first time there. Thanks for the assist, Google. This was the only outdoor ride they had, and it was definitely for a younger crowd, but still pretty fun! You got to see Hagrid’s hut close up as you waited in line which was pretty neat! This was the longest line we waited in all day (maybe 45 minutes) which isn’t too bad at all, really! 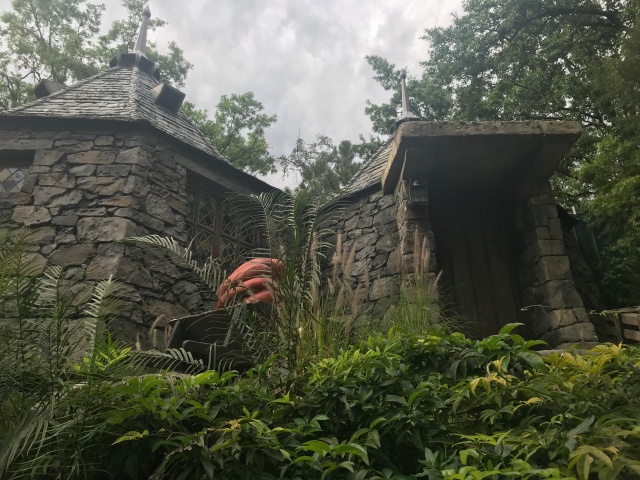 Riding the Harry Potter and the Forbidden Journey!

I think this was my favorite ride at the parks! I loved how it spun you around, lifted you up and down and back, made you feel like you were in some real danger (but in a safe way), and let you feel what happened around you. It was honestly just so cool! I don’t really get motion sickness, but I definitely didn’t want to ride this more than once in a row. We went through the single-rider line 4 out of the 5 times we rode it and it was amazing – we waited maybe 5 minutes tops. 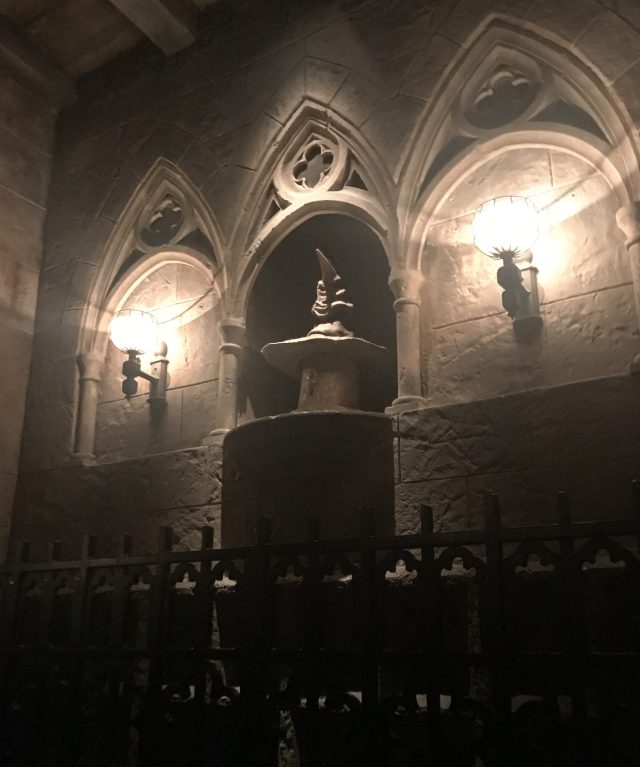 Later at the end of the night when the crowds were a little more manageable, we walked through the regular line for the Forbidden Journey ride and got to see all the details inside the castle! I loved getting to see the house points, Dumbledore’s office, a classroom, the talking and moving pictures, and so much more! It definitely made waiting in line seem a little more bearable. 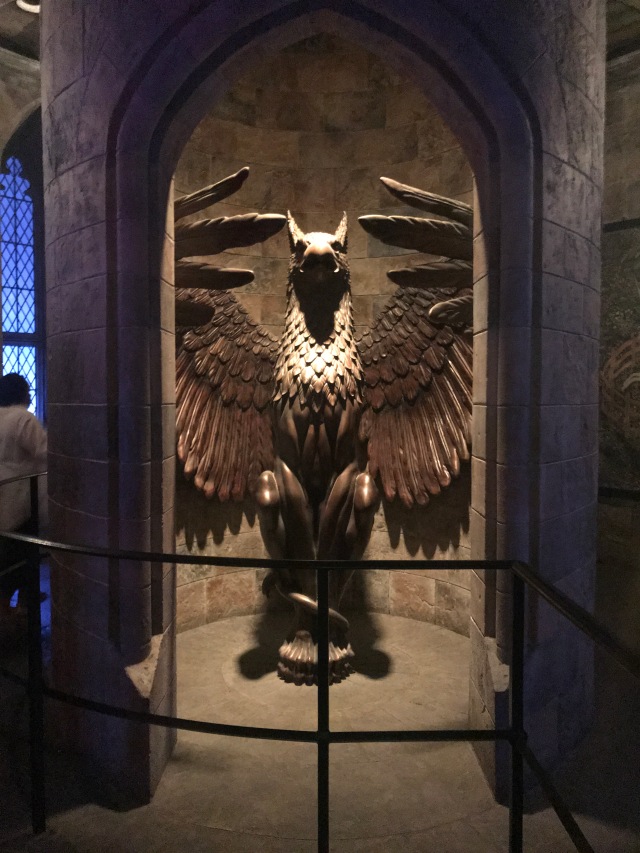 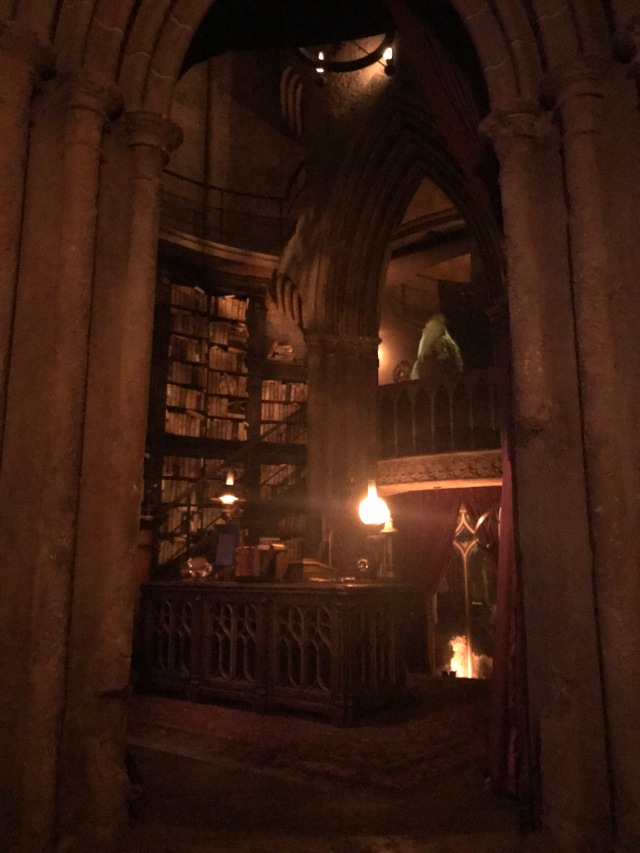 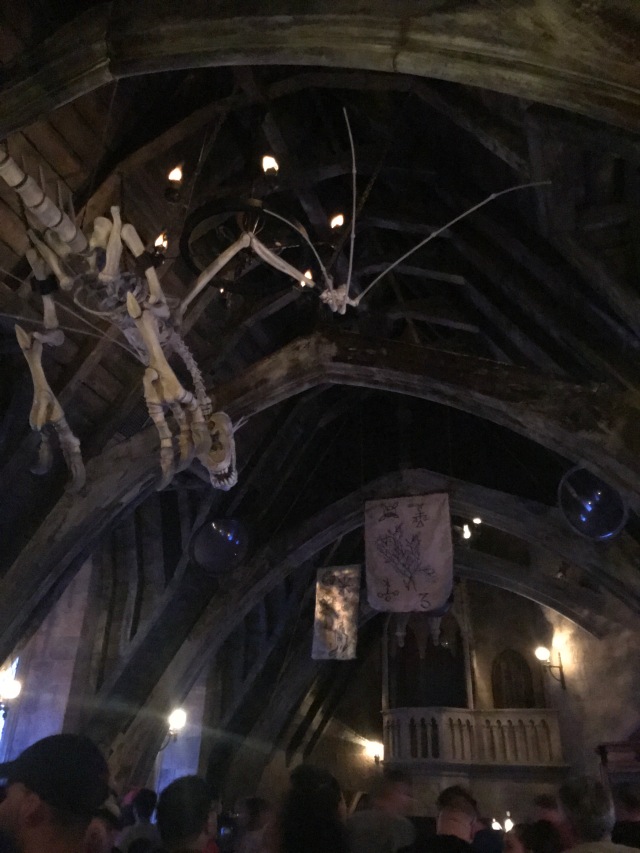 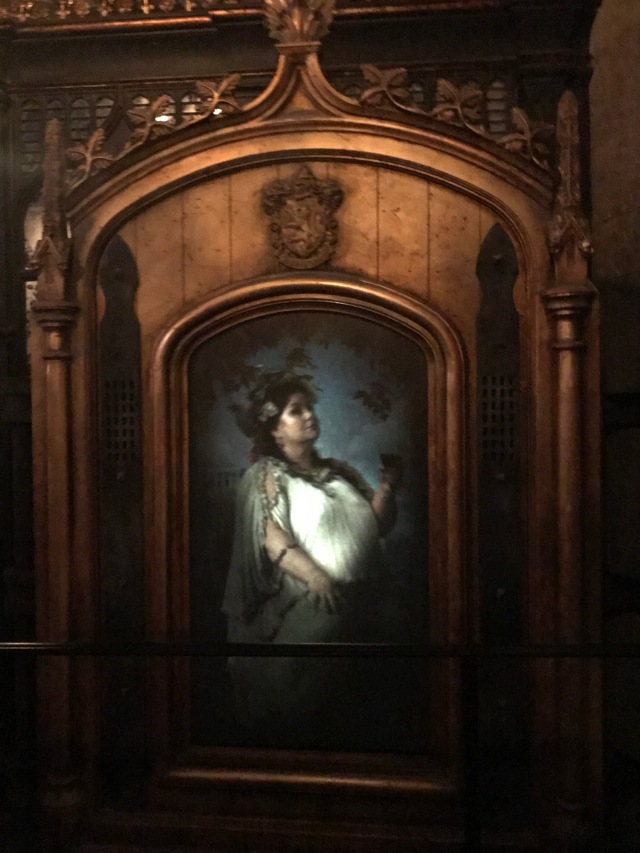 Seeing the Hogwarts light show at the end of the night!

As we were leaving the ride/gift shop (I had to get a Christmas tree ornament!) we got to see the light show!! It was fabulous! So bright and the music was awesome and there were even some fireworks, too!

I mean, how pretty is that castle, tho?!? I’m swooning over here!

I hope you liked seeing all the bits of Hogsmeade I loved! If you’ve been, what was your favorite part of this park? If you haven’t been – what are you waiting for?!??!

Be sure to stay tuned for my photo dump/recap of the Diagon Alley park next time!!

3 thoughts on “I Went to Hogsmeade and It Was My Favorite!”